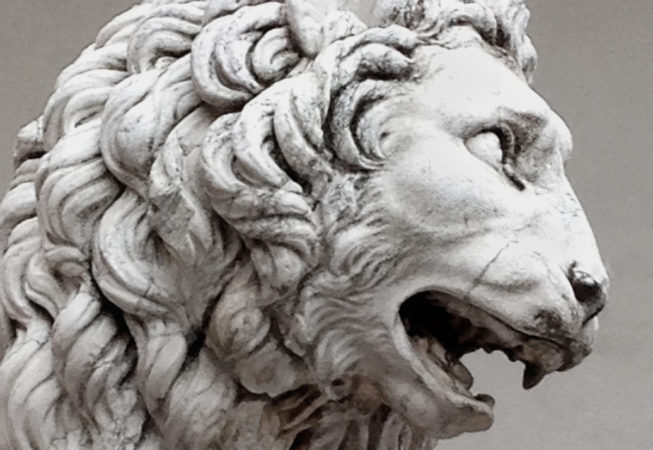 I was walking around the Piazza della Signoria in Florence, Italy admiring the history and the outdoor sculptures. To name but a few there’s the Fountain of Neptune, a replica of Michelangelo’s famous David statue, and Benvenuto Cellini’s statue called Perseus with the Head of Medusa. Spots are marked on the pavers where great historical events took place. There’s so much to see and learn simply by standing in that one square!  I glanced to my right at one point and one of the statues captured my attention and caused me to act quickly with the camera.  I had to have this image!  The lion, just as old and revered as the other sculptures on the square, looked comical to me – almost like a Disney character with the pigeon on its head and its frustrated features.  Can’t you almost hear Bullwinkle’s voice saying, “Is it so hard for you to close the door so the pigeons won’t come in?”