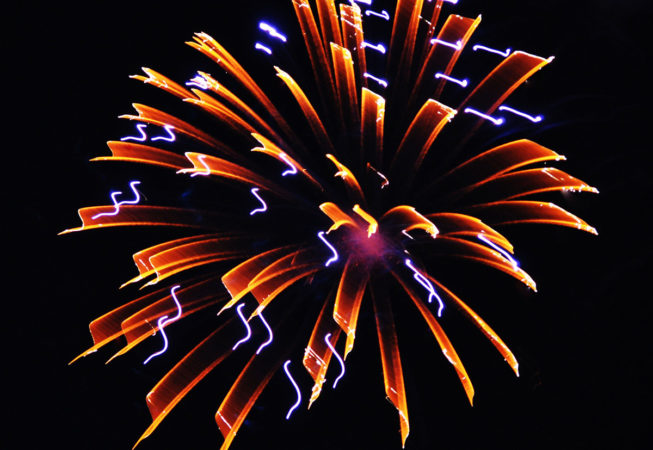 ‘The Firework’
by Debbi Nelson

Every year, I take my camera to fireworks displays and shoot a number of frames. I’m never sure what I am looking for, but I figure I will know when I see it. The hope is always to capture something unusual, something amazing. Some shots work, some don’t. Some are blurry, some are boring. Fireworks are fireworks, right? No one really cares about fireworks after the 4th of July, right? That’s what I thought, until I downloaded my fireworks images from 2010. I looked at this image once, then twice and I walked away from the computer. It was something better than what I had hoped I would capture. It looked like ribbons and musical notes on a black background. It looked like I took time to set it up when, in fact, the exposure time was only 1/3 of a second. I love this shot and the idea that the explosion existed for only a fraction of a second and then was gone speaks volumes about the power of photography.